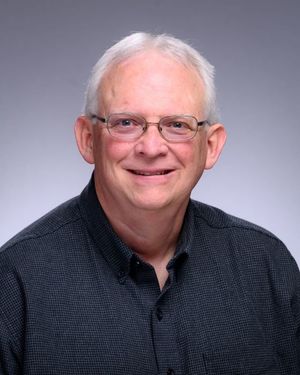 Rich Sudlow is HPC operations manager in the Center for Research Computing (CRC). He graduated from Valparaiso Technical Institute in 1981 and, prior to starting work at Notre Dame in 1989, worked at Harris Government Aerospace Systems Division (GASD) in Palm Bay FL, and Tellabs Research Center in South Bend, IN. Sudlow has dedicated most of his tenure at Notre Dame providing support for the campus research community. He has been involved in specification, selection, installation, operation and continued support of both distributed (public access cluster of HP, Sun, NeXT and SGI workstations) and centralized resources (Convex, IBM SP, SGI and Beowulf style clusters of IBM, Sun, HP, HPE and Lenovo Linux clusters), as well as the CRC's Cisco, Juniper and Extreme Networks network infrastructure. Sudlow was the principal cell administrator of the Notre Dame AFS cell nd.edu, one of the oldest in the country. He and the CRC operations team were instrumental in the installation of the CRC's crc.nd.edu AFS cell, and several high performance Panasas file systems. He was involved in installation and operation on job queuing systems such as DQS, IBM LoadLeveler, PBS, Sun Grid Engine and Condor. Currently, the CRC operations team makes available roughly 35,000 compute cores of Intel and AMD architectures, many utilizing Infiniband interconnects to roughly 2,300 users. From 1998 to 1999, Rich worked as director of IT services in the Office of Information Technologies before returning to his real love research support.